At one particular camp, we had a guest speaker who hotly admonished us for not sharing our faith. Thinking back on the talk he gave, it’s my hope that my teenage brain misunderstood his message. I left the talk believing that any time I omitted to sharing the message of Christianity, I was pushing someone closer to hell. That the lack of verbally communicating the Gospel in ANY social situation was a direct act of sin, and it rested on my shoulders to bring someone to belief.

Writhing in guilt, myself and just about everyone in my group hopped in the camp bus and we went to the local mall- an opportunity, according to the speaker, to put legs to what he taught us. He hyped us up on the drive there and we poured into the food court, jumping on any passerby that would make eye contact.

While some of my friends took to the situation like ducks to water, I felt like I was drowning. I didn’t know how to approach someone and just dump the Gospel on them. The gravity of what I would be communicating paralyzed me. If I messed it up, they may leave the conversation even farther from coming to Christ than when they started, I reasoned. I spent the time at the mall wandering around, kicking myself for not being brave enough. For not having enough faith to just go out there and share it.

Fast-forward eight years. I was twenty-five and attending Sunday School, where we were going to go through the new format of Evangelism Explosion- XEE. This emphasized the relationship building part of the Gospel. I loved the aspect of getting to know a person- learning what has happened to them to shape their life decisions, what their passions are, etc. I was comfortable with that. One Sunday, we needed to role play with the people at our table; it was time to learn how to introduce the Gospel into an everyday conversation. I froze. The memory of walking through that mall in high school came back in full force. How can I talk to my next door neighbor about the crucifixion and damning effects of sin and the hope of eternal life, when I was just talking about Alabama football seconds before? I was saved by the church bell, as we let out as soon as it was my turn. While the following weeks in class would have helped me learn how to do this, my travel season for work had begun, and I missed the rest of the semester.

This was my background in evangelism when the Mormons knocked on my door. As a stay-at-home mom without much interaction with anyone who wasn’t in diapers, it was as if God brought the mission field to my doorstep. Or, as the two elders saw it, I was their mission field.

After our first conversation, they scheduled a meeting with me for the following week. The days leading up to it, I frantically started studying up on Mormon doctrine and how it compares with Christianity. There are excellent websites out there, but what I found to most helpful was the book Unveiling Grace by Lynn Wilder. My copy has been passed around several times and is dog-eared and written all over. If you ever think you’ll come in to contact with Mormon missionaries, have Mormon friends or family, it’s a great read. It treats the religion with respect and gives faces and stories to people who practice Mormonism, which I feel is essential in understanding what they believe.

To try to sum up an entire religion like Mormonism in a 1500 word-ish blog post is just not possible. It has so many twists and turns and doctrinal changes throughout its 200-year history. They use the same words that Evangelical Christians (this was how the missionaries and I had to refer to me, as they considered themselves “Christians” as well) but their definitions are different. If you see me in person and have an extra two hours, I will most happily delve into Mormon doctrine, but I can’t do it here. I believe the most succinct way of comparing Mormonism and Evangelical Christianity is with the following two passages:

“We know that is by grace we have been saved, after all we can do.”

“It is by grace you have been saved, through faith- and this is not of yourselves, it is the gift of God- not by works, so that no one can boast.”

Their beliefs on Jesus, God the Father, the Holy Spirit, Hell and Heaven, and women are also different than those of Evangelical Christians. They believe the Bible is not inerrant, outside of the book of Isaiah, which made using Biblical passages difficult. Their belief in the finiteness of man differs as well.

But I don’t want to get bogged down in the doctrine. And that’s something I found to be so, so tempting when I talked with the missionaries. There are so many rabbit holes to get stuck on and lost in when trying to discuss their faith that it’s incredibly easy to lose sight of the simplicity of the true Gospel. A wonderful insight that I read was that beating a Mormon over the head with all the inaccuracies and contradictions of their belief system (one they hold strongly enough to become a full time missionary for) doesn’t give them hope- it turns them to atheism. It’s not my job to pull the rug out from under them with witty arguments. It’s not even my job to preach Bible verse after Bible verse at them, and try to convert them in the twenty minutes they sit in my living room. It’s to treat them with dignity and respect, as I should all God’s creation, and to learn as much of their story as I can… and plant seeds of God’s truth through those conversations. Because those seeds of truth are infinitely more powerful to a person when God waters them, not when I turn on the “I’m gonna win this argument” fire hydrant.

This was how our conversations went for our second meeting. And the third. And the fourth (actually, the fourth meeting was short as I just gave them some steaks from Wal-Mart). I was patting myself on the back because I was finally getting it right. I was sharing the Gospel with these young men and I was planting seeds, and we all smiled and laughed got along grandly. 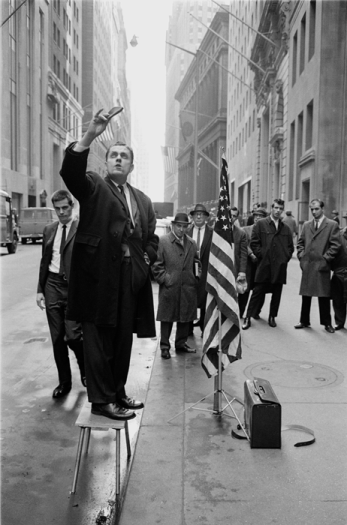 and relational evangelism (my Sunday School experience). The former risks alienating people. The latter risk not telling them the whole truth. And as a millennial, I’m much more comfortable with planting seeds and letting God do the confronting, because then I don’t have to risk losing a friendship. I have been so influenced by society that I cower from the idea of stating an absolute truth that puts someone else in the wrong, for fear of being called a bigot. But I had gotten to the point with my missionaries that if I didn’t give them the whole story, I wasn’t being the loving person I thought I was… and that was directly disobeying God.

So I told them. Bea was crying so I had to stand up and rock her, and the boys sat on the couch. They asked me how Evangelical Christianity saw their Mormon beliefs. And I told them. I told them that they were going to hell because of what they believed. I couldn’t really get it out very well because I had started crying, too. And I tearfully said I didn’t want them to, and that there was a much easier way- more direct- than what they had chosen. They smiled and nodded. They gathered their satchels and left.

I never saw the two of them together again. The week after our last talk, one of the boys was transferred. The other came back with a new partner, but the dynamic was different. From there a steady rotation of missionaries came to our house every month or so. I offered them some water and tried to get to know them, but we never got to the depth of conversation I got with the first two.

It’s now a year and a half later, and we had new three missionaries walking on our street last week. My husband sat with them on the front porch on Sunday (I was napping and had no idea). He asked how many people invite them in on a given day; they said one in fifty. Can you imagine knocking on fifty doors a day, only to be invited in once, if at that?

My experience with my first Mormon missionaries didn’t turn out like they (or me!) had hoped. Instead of converting me, their conversations led me back to the basics of my faith. I, in turn, was faced with the uncomfortable realization that evangelism is both relational and a call to action. If my faith and the truth I  believe in is so integral to my life, why wouldn’t I want a friend to know about it? I’m still wrestling with the fact that it took two missionaries of a different religion to convict me on sharing my faith…but I’m thankful I opened the door to them. And I’ll continue to do so as long as they keep knocking.