When Motherhood is More Than Just Difficult

Here are three ways I wish I could begin this post:

I was binge-watching Jane the Virgin. Gracie and I had been living with my parents for about two weeks at that point, with at least a month to go before we joined my husband in our new hometown. Catching up on season 2 of the show was my get-away during the golden 90 minutes between my child and my bedtime.

In this particular episode, one of the secondary characters gave birth to twins. She didn’t bond with her girls and all she wanted to do was go back to work.

I thought, “Hey! It’s a character just like me!”

The show continued on and the character’s struggles mirrored what I had gone through with Gracie.

Towards the end of the episode, it was revealed that she had postpartum depression, and I was sobbing. 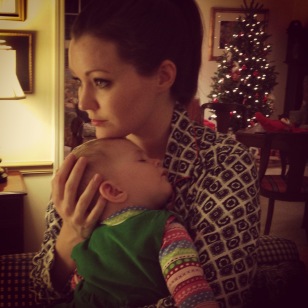 As you’ve seen through most of my blog, residency has been very difficult. It’s difficult no matter what speciality or stage of life or level of involvement you have. I have tried (oh how I have truly tried) to find the humor in each stage, but sometimes it’s just. plain.hard.

The hardest situation we faced in residency was the birth of Gracie. I was working a job that I truly loved, albeit a long commute, and my husband’s schedule was insane. Our first year of marriage was nothing like we thought it would be (just like everyone else’s first year of marriage). We had planned to get pregnant during his last year of training; I would give birth right before we moved for his first “real” job, and he would be around more to help with the adjustment period of having a newborn.

Thirteen months following our wedding day, I found out I was pregnant. I had suffered from severe endometriosis that had gone undiagnosed for a decade prior to treatment, and we weren’t even sure I could get pregnant.

Well, I did, and we were scared. Mainly me- my husband was his usual brave self and said we could handle whatever got thrown at us. All I could focus on was that my freedom- and the precious little time I was going to have with my new husband- was going to be taken away.

By the time Gracie was born, God had provided a way for me to continue working; I had a wonderful woman who would take care of Gracie at her home, and my pay was allowing me to make a small profit at the end of each month.

My initial joy after having Gracie was not because I got to meet her. It was that I finally had my body back, I could eat sushi, and was able to sleep on my stomach again. I had been told that I would feel a surge of endorphins, be instantly connected with my child, and would prefer her company over anyone else’s.

All I remember going through my head when the nurse would bring Gracie in to be fed those first hours in the hospital was the thought, “You made this. It’s time to be an adult; take care of her or no one else will.”

Family came to visit me in the hospital and all I wanted to do was scream at them to go away, but desperately afraid they would leave me alone. I fought tooth and nail to mirror the joy everyone else felt, but inside I just felt emotionless and empty.

I assumed it was how I was wired. My career and passion revolved around working with teenagers, so it made sense to think I wasn’t a baby person. Everyone warned me that the first few weeks would be hard.

But those weeks turned into months. Sleeping when the baby slept- that wasn’t happening. I had an overwhelming sense of anxiety, and I couldn’t pin-point what was causing it. Sitting still just made things worse, so I was continually doing busy work around the house, which in turn exhausted me even more. Gracie was never a good sleeper at night, so I didn’t get any rest at night, either.

I mentioned my struggles to my OBGYN at my 1 month check up. He told me that they didn’t start treating PPD unless the symptoms lasted more than six weeks. Even though I wasn’t feeling any better at six weeks, the thought of trying to schedule an appointment around my work schedule, Gracie’s schedule, and time in the waiting room, nursing her at the office, and paying another co-pay gave me enough anxiety on top of what I was already feeling, that I told myself that I was getting better.

I learned to hide it really well. My husband and mom saw through it most of the time, though. I used humor to talk about my struggles without actually admitting how bad it was. I poured my energy and focus into helping my students. While the stress and exhaustion of my job probably exasperated the problem, it was also my saving grace in many ways. It allowed me to still feel a bit like my “old self”– I was good at my job, even though I felt like a failure at home.

I started seeing a light at around six months postpartum. Gracie began going to sleep around 8:30, which gave me time at night to regroup (even though I would  be up with her multiple times later). I also stopped breastfeeding. My hormones began to even out. I can pinpoint the exact time I started feeling more like myself— it was the first time I sat down to watch a television show after Gracie had gone to bed. The anxiety and depression didn’t go away suddenly, but it lessened and eventually faded.

The first six months after residency is similar to the time following a battle, I think. Once you realize you made it out alive, and your adrenaline wears off, you realize that some of the cuts and scrapes you accumulated are actually bullet wounds and deep gashes. When you’re in the middle of it, you don’t have the emotional luxury to have a deep wound. If you’re not dead, you keep going.

My second pregnancy has brought my experience back into the forefront of my mind. I am so very, very scared to go through it again. My mom always tells me that our emotions don’t dictate our reality. So I tell myself that my life circumstances are completely different from what they were the first time around.

Through a conversation with my new OBGYN, I’ve learned that my lack of sleep through the first six months (and beyond) were probably what intensified the PPD. She said that it’s extremely important for moms to get at least 4 consecutive hours of sleep every few days; I didn’t get that for… three months? Possibly longer? My husband is around more, so we are going to work on a plan that will allow me to recharge more often. I also talked with my OBGYN about treatment options, including medication.

I’m also getting counseling. My first appointment is in three weeks, and I’m hoping to have a joint session with my husband some time before the baby arrives in February. Knowing that he and I are a team- even though I’m the one physically feeding and taking care of the baby the majority of the time- helps so much. Now that we are out of residency, he’ll be able to be there for me emotionally and physically more so than the past.

Writing this has been a sort of therapy, too. The lack of sleep and craziness of that time in my life means that my memories are like fireflies in my mind. Taking the time to catch a few and put them in a bottle— this blog post— has given me more clarity as I look back. It’s taken about a month to write it, too. Sobbing hysterically while typing was not something I could do with workers in my house. I also had to take breaks to go hug and kiss Gracie, because I am overwhelmed with gratitude at how much I do love her, compared to where I was eighteen months ago.

Admitting openly that I had trouble bonding with Gracie is unnerving. It’s not something that is brought up in conversations, even when you talk with mom friends or when people ask how you’re doing. It’s ok to say it’s hard, that you’re exhausted , or that you miss your life before kids. To say you don’t particularly like your new bundle of joy (or six month old…) isn’t kosher.

But it’s what I felt, and it’s a sign of PPD. And if I had read something about it when I was in the middle of it, I wouldn’t have felt so alone or scared to talk about it. The fear of hearing “It’s what all mothers are going through, and you’re just weaker than most,” kept me quiet, while hearing “It’s a chemical imbalance, and it in no way reflects you as a mother” would have freed me in so many ways.

Chances are, this won’t directly affect most people who read my blog. It’s not as entertaining as pictures of our renovated house, that’s for sure! But postpartum depression is something that affects many, many women and still has a stigma around it, mainly because it’s not talked about enough. Through my experience the past few weeks, and talking about it more openly, I’ve learned that quite a few women I’m very close to experienced it themselves. So it’s something I’ll be talking about from now on. It’s a battle scar, and it’s part of my story. 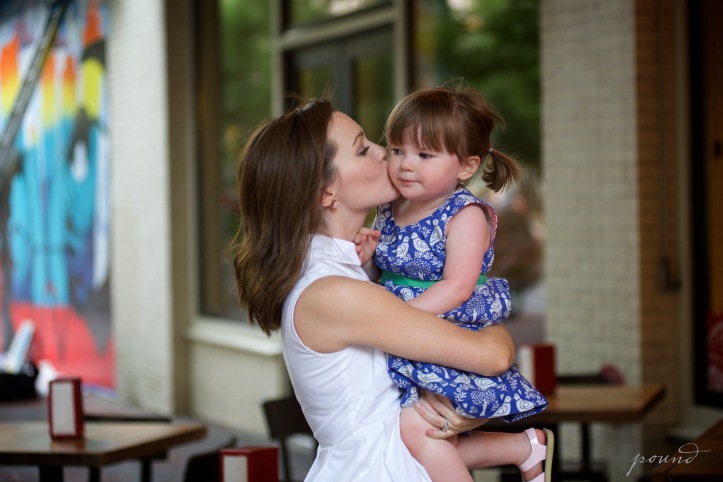